This is about a shōjo manga series called "Sakura Hime: The Legend of Princess Sakura". This series has been given very limited attention, but it has a heartwarming story and a beautiful art style drawn by the famous Arina Tanemura who is also the author of Phantom Thief Jeanne, Time Stranger Kyoko and The Gentlemen's Alliance Cross.

This wiki is in need of desperate help, as there is not much information available. Any support will be greatly appreciated!

The story follows Sakura, a 14 year old princess who'd rather marry for love and make her own choices in life than be married away to someone she's never met. Her best friend is Asagiri, a cute female Mononoke who she once saved from a life of slavery. Since birth, she's been engaged to Prince Oura. Not wanting to marry the prince after a precarious argument with Prince Oura's messenger, named Aoba, Sakura runs away but gets lost and accidentally looks at the full moon, which she was warned to never do. A man-eating demon arrives, referring to Sakura as "Princess Kaguya" and nearly wounds her, but Aoba and a priestess that Sakura knows named Byakuya arrive. Priestess Byakuya tells Sakura that she is in fact Princess Kaguya's granddaughter and is the only one able to destroy the demons. By drawing a pair of back-to-back crescent moons on her palm, she is able to summon the mystic sword Chizakura and kill the demon. She also discovers the word “destroy” is actually her Soul Symbol.

Soon after, Sakura, Asagiri, and Aoba travel to Prince Oura's estate, where it's discovered that Aoba actually is Prince Oura, explaining that he wanted to be mischievous. Of course, the two don't get along from the start, until finally while relaxing under a tree, they both seem to come to an understanding, and do appear to be finding the silver lining in their arranged engagement. Unfortunately, Sakura is soon under threat of execution, as Aoba turns on her, as he's afraid that she will eventually become a demon herself, like her mother and grandmother before her. Aoba shoots an arrow through her chest and Sakura falls into a river, only to be found by a cute and sassy young ninja named Kohaku and her childhood friend Hayate. While with Kohaku, the two form a friendship, and Sakura reveals that she is being hunted by Kohaku's master, who just so happens to be Aoba. Kohaku though in return admits to already knowing this, and tells Sakura that she doesn't wish to harm her, and wants to protect her. The two, along with Asagiri and Hayate, soon encounter Aoba and his men, and Volume 1 ends with Sakura being affected by a youko whistle that Aoba has. As the story progresses, Sakura wishes to find a way to help all her friends, as well as those who have had their lives twisted due to the rivalry of the demons against humankind, and to save Aoba and Asagiri from the curses which are killing them.

In this manga there are a lot of characters, so it's hard to write everything down. If I've missed something don't be shy to edit. Also, people can add a page regarding the Sakura Hime Kaden series in any way, including information about Arina Tanemura or original ideas for characters. Thanks for stopping by! 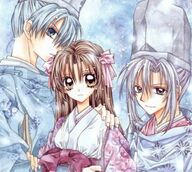 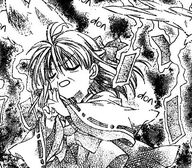 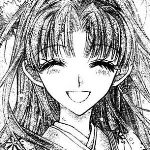 There will also be new pages describing minor characters, events and items. The ones listed above are currently priority.

Community content is available under CC-BY-SA unless otherwise noted.
Advertisement